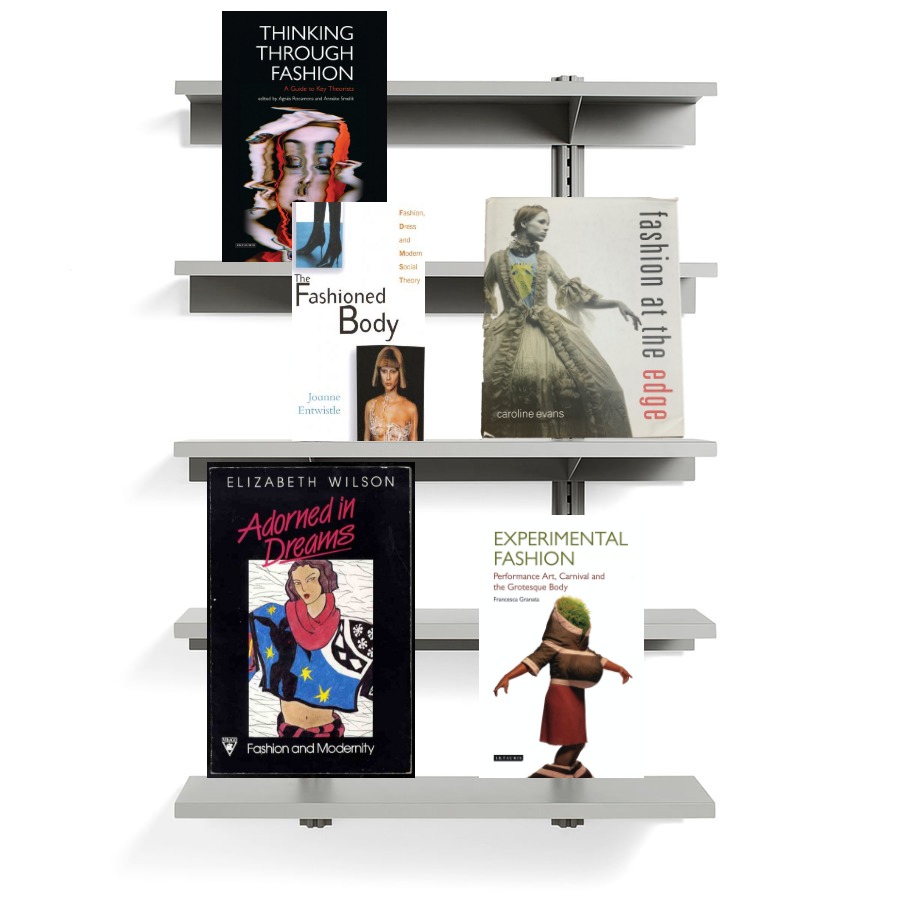 When we walk into museum shops or go to the ‚Fashion‘-section in the book store, we are usually faced with the same selection of publications: ‚Chanel Collections and Creations,‘ ‚Louis Vuitton Catwalk‘ or ‚Peter Lindbergh: A Different Vision on Fashion Photography.‘ Of course, coffee table books are of importance, too. Nonetheless, this selection denies an interest in fashion that goes beyond the aesthetic and pictures.

In the following, we strive to introduce you to an alternative bookshelf and present books that have been published in the realm of Fashion Studies. A still emerging field in academia that, as defined by the Centre of Fashion Studies at Stockholm University, „critically analyses the role of fashion in society.“ It is described as „the study of fashion can be seen globally from a variety of different perspectives“ and is not only restricted to a study of what one sees on the catwalk but includes the study of fashion as seen „in the street, in the home, at work, on a daily basis or in more formal situations“. Acknowledging that fashion is not merely an industry, but a topic of research interest, these books may give you insights into fashion studies while allowing you to dig a little deeper.

Thinking Through Fashion: A Guide to Key Theorists 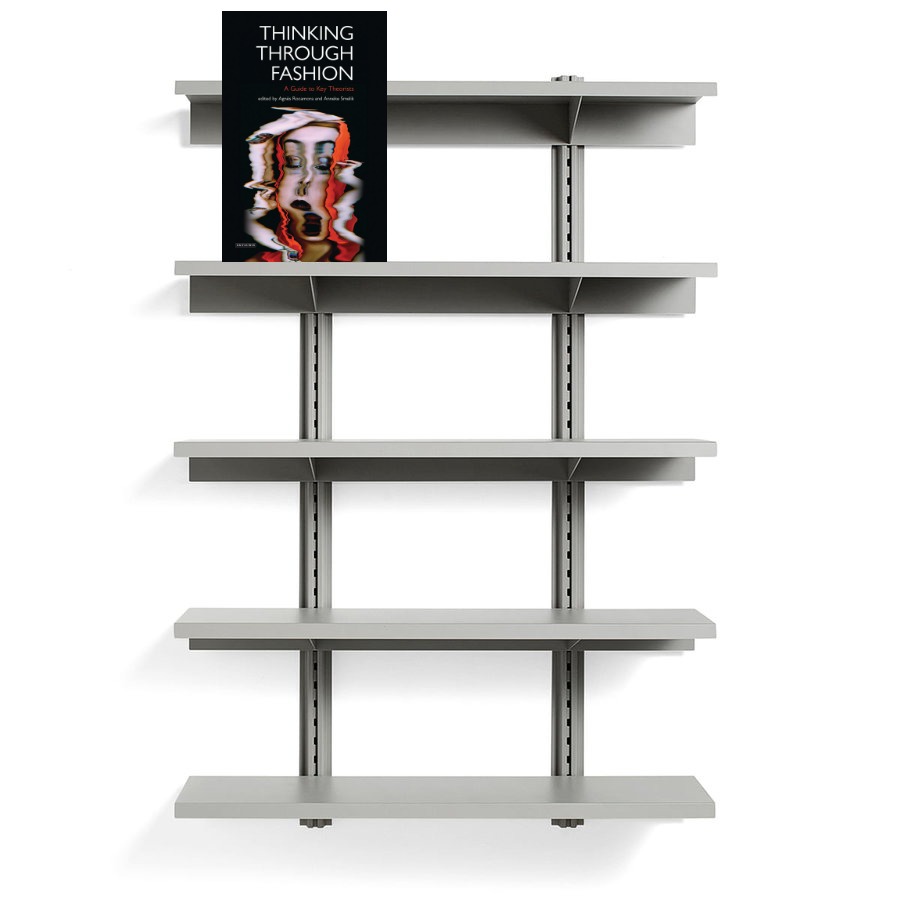 The edited book, consisting of 17 chapters, does not only introduce you to the connection of fashion and philosophy but may also serve as the first encounter with a variety of fashion scholars. While Vicki Karaminas and Adam Geczy introduce you to the study of fashion through the writings of Walter Benjamin, Elizabeth Wissinger writes about Fashion and Performativity, drawing on the words of Judith Butler. “Thinking through fashion” is an introduction that does not only provide the reader with an understanding of the social and cultural theories to a study of dress and material culture but – doing so, stands in for the relevance of thinking through fashion from a variety of angles and theories.

Fashion at the edge 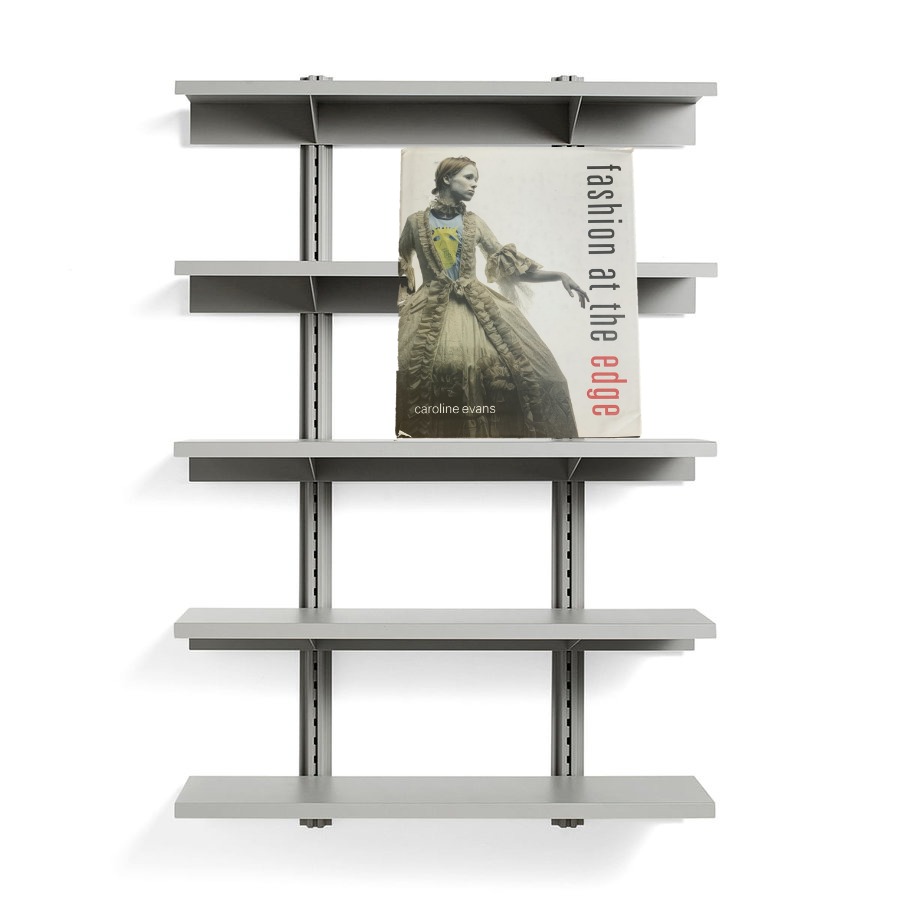 Caroline Evan’s Fashion at the edge serves as an academic publication that introduces you to experimental fashion, explored through the lens of a variety of theorists and philosophers while it is, at the same time, a coffee-table book with numerous illustrations that support this analysis. The fashion scholar discusses how the fashion at the turn of the century, Margiela, Westwood, AlexanderMcQueen for instance, stand for a fashion that is „sharp, urban, knowing, experimental, unsentimental“. Analysing their designs, their fashion shows, their representation through a variety of materials and with the aid of philosophical concepts and theories, she argues that „in periods in which ideas about the self seem to be unstable or rapidly shifting, fashion itself can shift to centre stage and play a leading role in constructing images and meanings, as well as articulating anxieties and ideals“.

The Fashioned Body: An Introduction 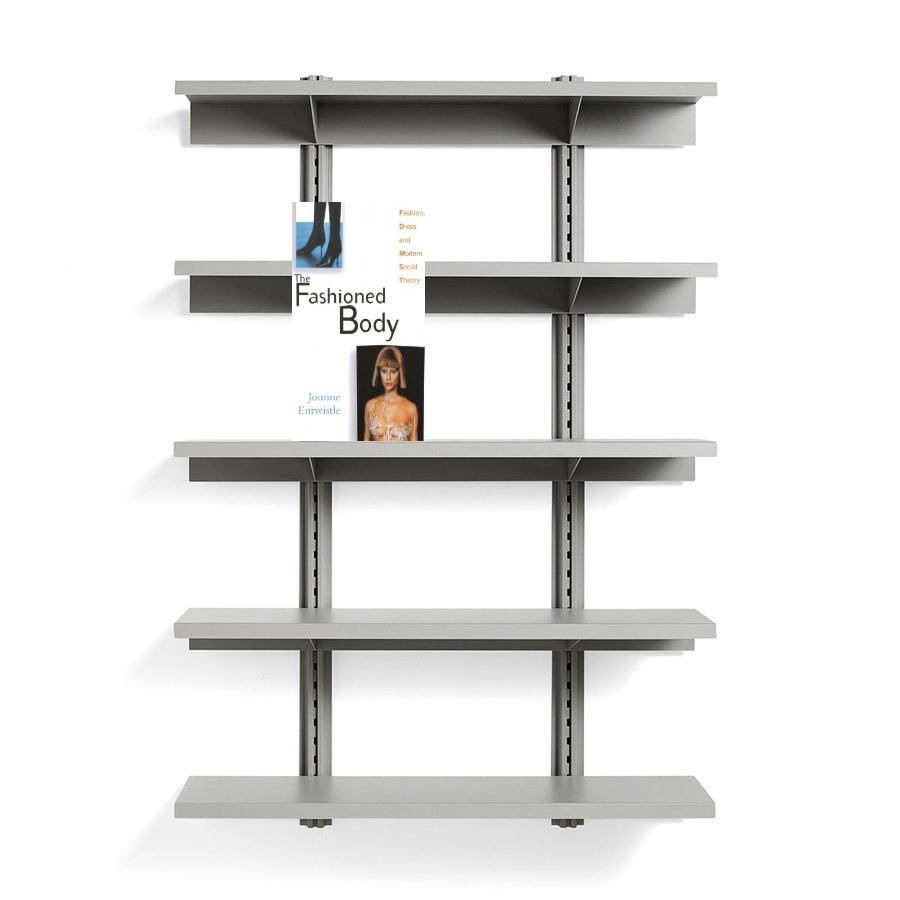 When fashion is studied, it is foremost done through the way we perceive it through the eyes. Fashion scholar Joanne Entwistle notices this gap and argues for a study of dress that acknowledges „the way in which it operates on the body,“ the discourses that fashion may provoke about the body as well as „practices of dress which work on the living, phenomenal body“. Drawing on the writings of different philosophers and theorists, she proposes a study of dress as a „situated bodily practice,“ arguing that research in fashion cannot just ignore the body, as it is the body that is getting dressed in social situations and encounters. 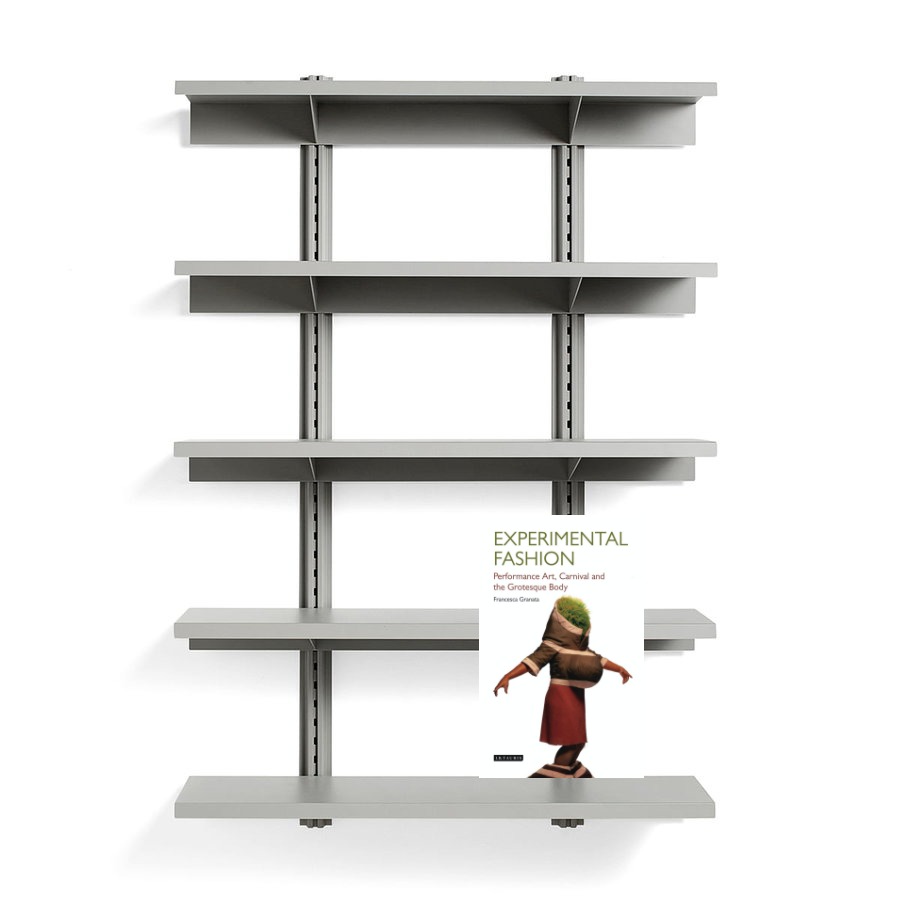 In her book on Experimental Fashion, Francesca Granata examines the 1980s and the „explosion of grotesque imagery“ with the theory of Mikhail M. Bakhtin’s notion of the ‘grotesque’ as reversal and unsettling of borders, particularly bodily borders. She explores the work of different designers that defined this era, amongst others, Rei Kawabuko, Martin Margiela as well as Leigh Bowery. Exploring several items, the way the designer’s works have been perceived by the press and in academia, she shunts back between theory and evidence, arguing that the proliferation of grotesque imagery in the 1980s may be understood as a critique of normative discourses, which was „influenced by feminism’s desire to open up and question gender and bodily norms and particularly the normative bodies of fashion“. 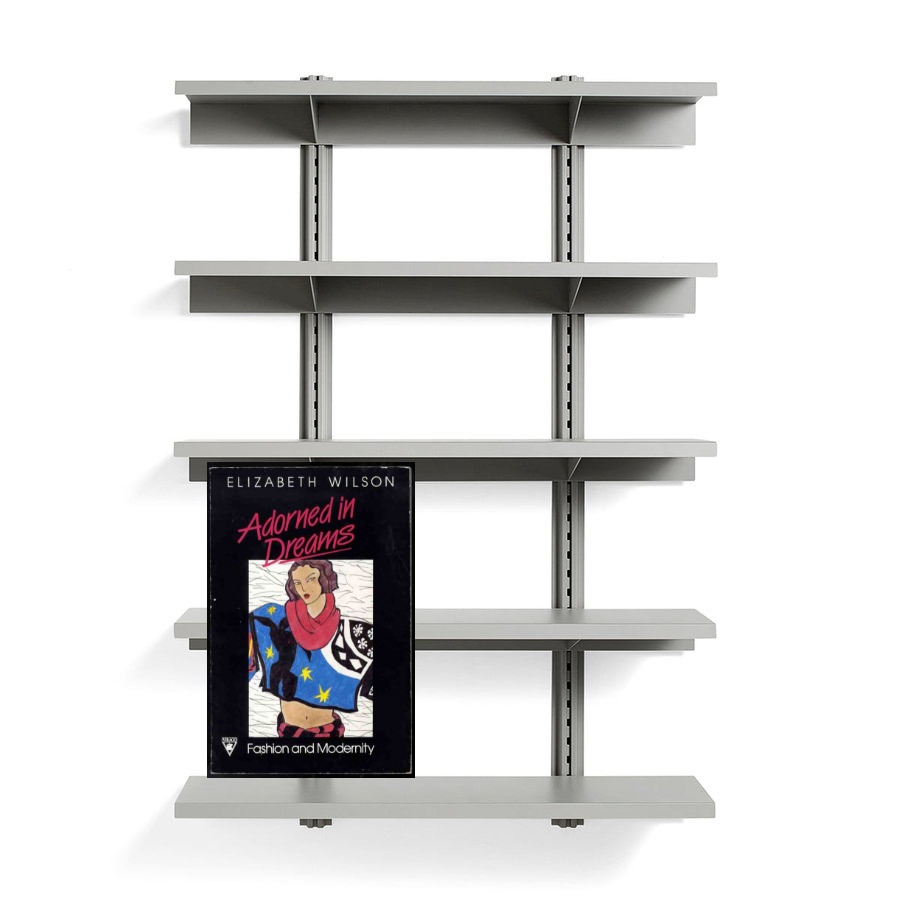 In the Centre of Fashion Studies at Stockholm University, the study hall is named after Elizabeth Wilson, who is a pioneer in the field. Her book „Adorned in Dreams: Fashion and Modernity“, first published in 1985, is still a point of reference for many fashion scholars until today. In her book, Wilson traces the social and cultural history of fashion while exploring it with and through the concept of modernity. In the second chapter of her book „Explaining it Away,“ the scholar criticizes how the serious study of fashion had to justify itself because the relationship between social changes and styles of dress have repeatedly been drawn out „in a superficial and cliché-ridden way“. She notes how „these statements are too obvious to be entirely true and the history they misrepresent is more complex“. In the following chapters, dealing with the fashion industry, fashion, and eroticism, gender and identity, fashion and city life, she explores fashion in a manner that acknowledges it as a multifaceted phenomenon, that one simple explanation cannot account for.